To the left of this test is an example of Kernel Writing Text Structures, and I’ll be using one of them in today’s post (But, the one I’m using isn’t in the left hand image).

The structure I’ll be using today will be the Going Against the Grain prompt. This prompt focuses on comparing what the majority of people believe in, with the view of oneself. This is perfect for a Star Wars: Force Arena post, because many people, like in Clash Royale, all use popular “meta” decks, while I always make my own unique decks in any games I play. The actual writing steps for this prompt are shown in the below image, in the last rectangular box below. But that’s enough about the educational, informative, and somewhat boring side of this post, let’s now get into the gaming part of this special Star Wars blog post! 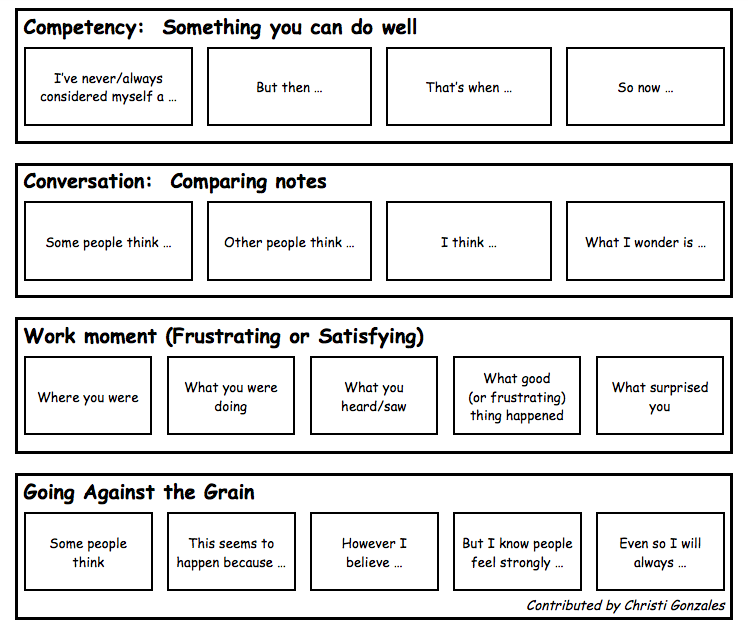 My first favorite hero, of both the two, is actually my Galactic Empire hero, Deng

Some people think that the best dark side deck has to have Emperor Palpatine; not going to lie, but he’s really quite good. He actually might be the best hero overall, but I tend to enjoy using heroes with guns and long range more than those with a shorter range (which the Emperor is at a middle ground, not quite melee, but not far range). Still, he’s considered one of the best dark side heroes due to his importance in the Star Wars movies, and the Emperor abilities he has.

This seems to happen because Emperor Palpatine has a very powerful and special Unique, that only he can have (as each hero has a Unique back-up troop that only they can use in their deck).  The unique he has are the Royal Guards; cheap fighters that have decent health, good power, very fast speed, and a stun effect.

However I believe that Dengar is the best dark side hero because he has great range, good health, great attack, decent speed, and a special bomb bullet that he can use after consecutive attacks.

But I know people feel strongly that the Emperor is the best hero in the Galactic Empire because of his Royal Guards, his lighting attack (that hits multiple targets at once), and his strong attack.

Even so, I will always love using Dengar as my competitive dark side hero because of his bomb attack, his good range, and his Unique (which like the Emperor’s Unique, stuns targets. The differences, though, are that it’s name is 4-LOM, it has ranged attacks, and it was, “A rusty droid with insectile features, 4-LOM was originally a protocol droid, but logic glitches allowed him to escape his programming and become a bounty hunter. That proved a perfect occupation for the cold, calculating mechanical.” – Star Wars Databank.

Some people think, well actually A TON of people think, that the best Rebel Alliance hero is Luke Skywalker. I mean, just like the Emperor in the Galactic Empire, he’s quite powerful, but again, I prefer the long ranged qualities of Bodhi Rook. He may be weak in attack and health, but his special that lets him summon energy (used to spawn ally troops) and health packs (used to heal heroes) makes him worth using. But still, Luke Skywalker has amazing speed, attack, and good health; all traits that make him one of the most used heroes in the game.

This seems to happen because his Unique is Obi Wan Kenobi, a very expensive troop to summon, but one that can turn the enemy troops against one another using his powerful force abilities. People often overlook the less used, and “unimportant” heroes on both the sides, but they often are the most powerful overall.

However I believe that Bodhi Rook is the best light side hero in the long run. His Unique lets him summon a ship that focuses a lot of fire in one area, dealing powerful area damage. This is great to use against cheap enemy troops, and it has often been the game changer for me. Not only does he have a good Unique, but if he’s used correctly, his attacks can be devastating over a long period of time, and his special can keep him in the fight longer.

But I know people feel strongly that Luke Skywalker, or even the amazing Ezra Bridger, who might even best Luke because of his special abilities, are the best heroes on the light side anyway.

Even so, I will always be a big fan of Bodhi Rook, especially since they’re “buffing” him, or making him better, in future updates. So even if I think he’s good now, and he is, I wonder what using him will be like after the future updates roll in.

That’s it for today’s special Star Wars Kernel Writing Post! If you liked it, or have liked any of my prior posts (and hopefully my future posts), please, by all means, like, comment, re-blog, share, or follow this blog for more updates on new posts, new categories, and other new changes to this blog! As always, have a great day, and I’ll see you in the next post!

Learn more about this game, and the good decks in it, by checking out the official  Star Wars website now! 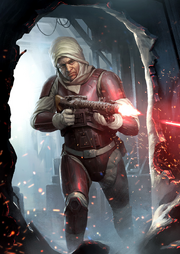 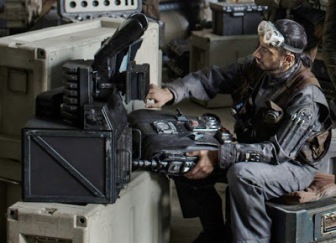